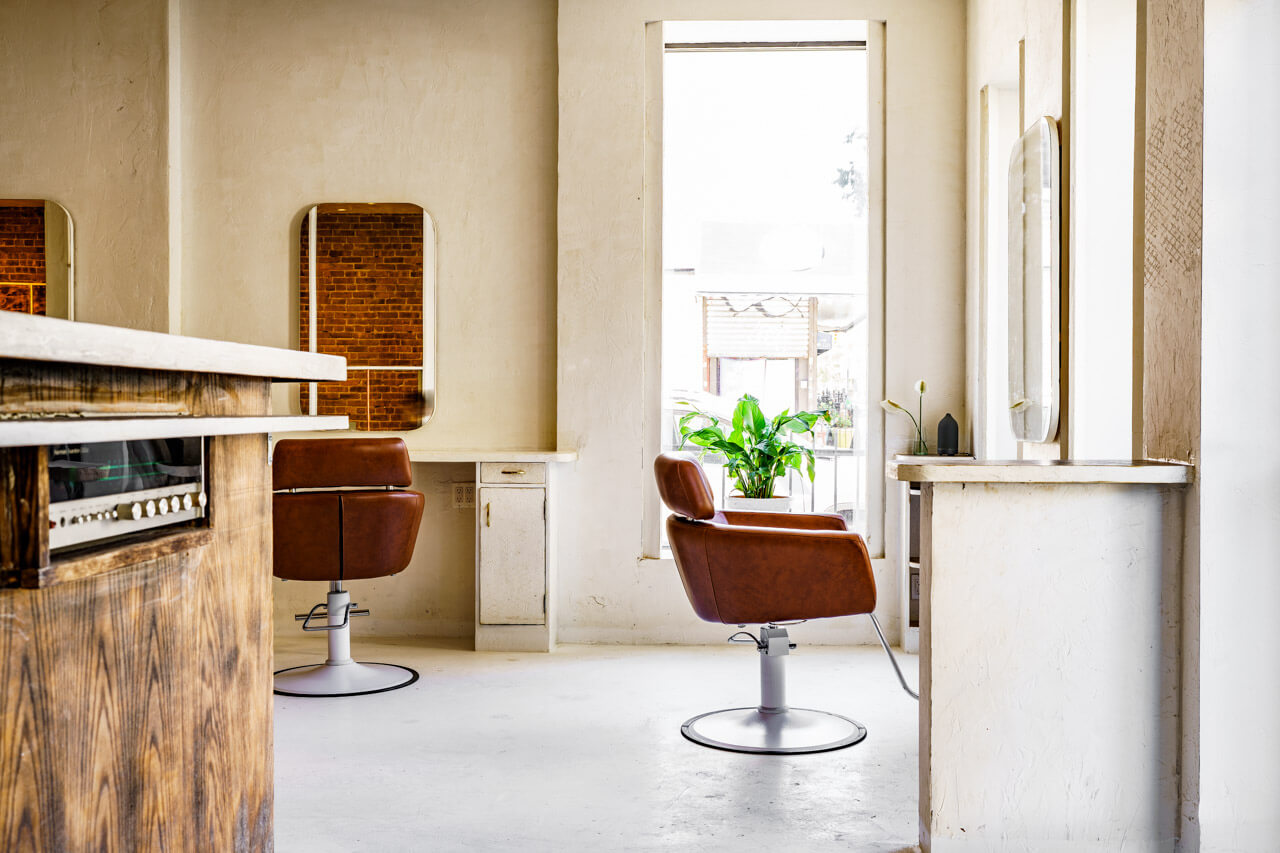 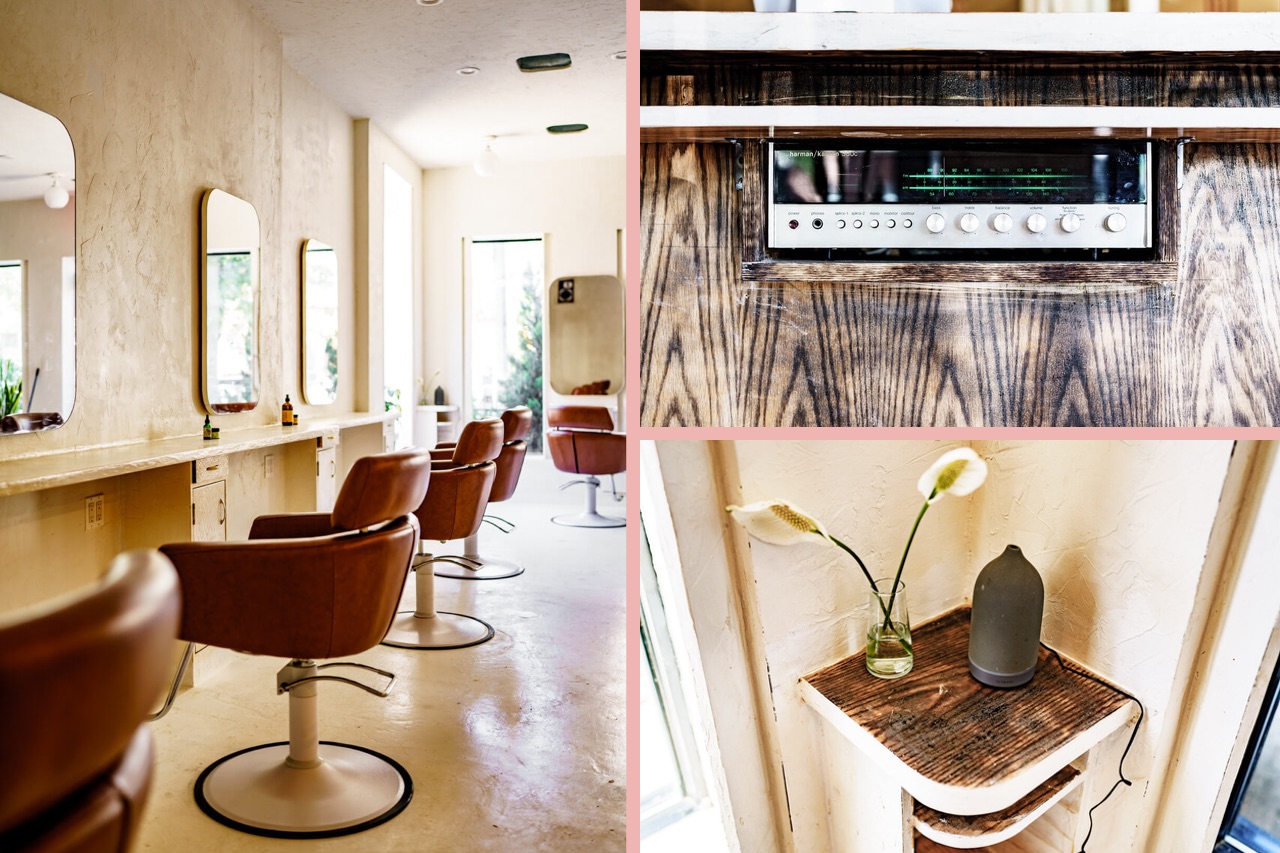 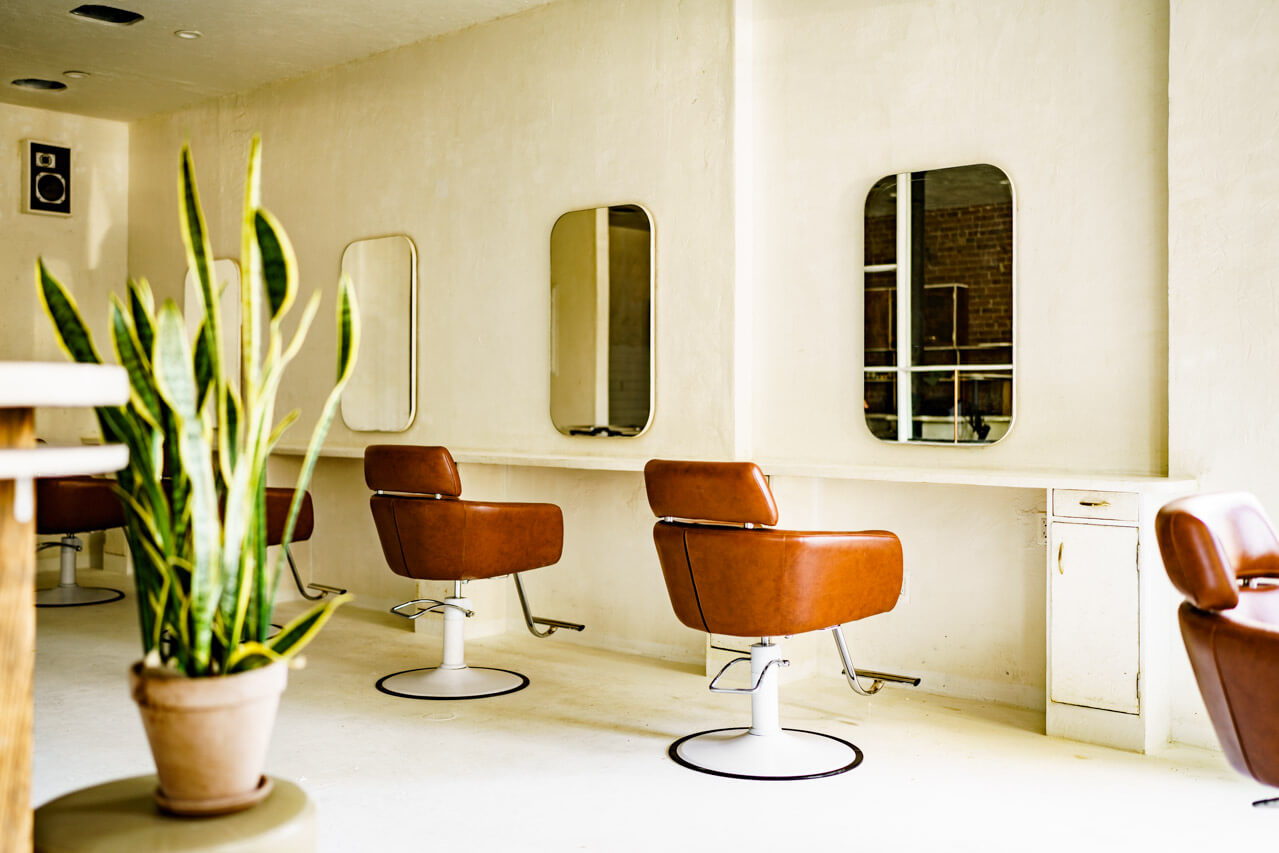 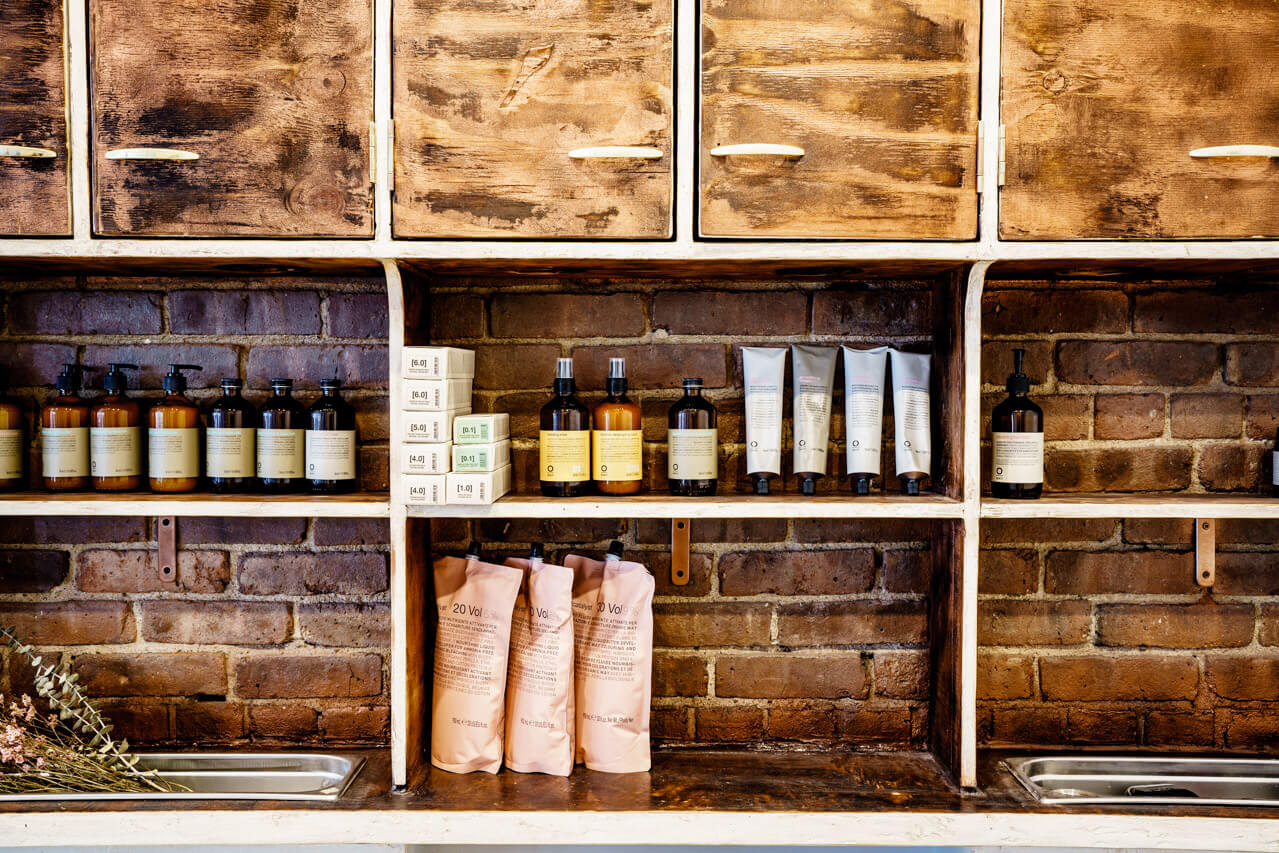 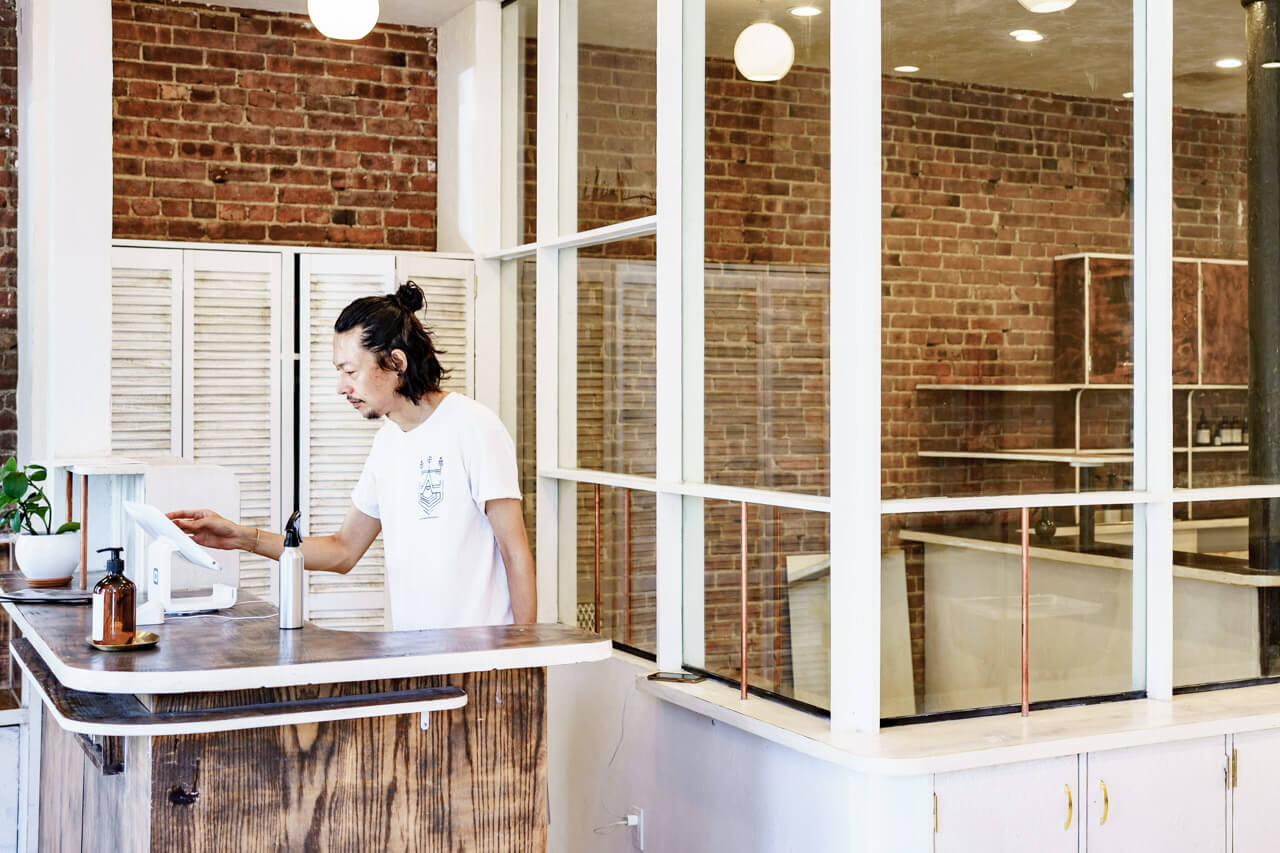 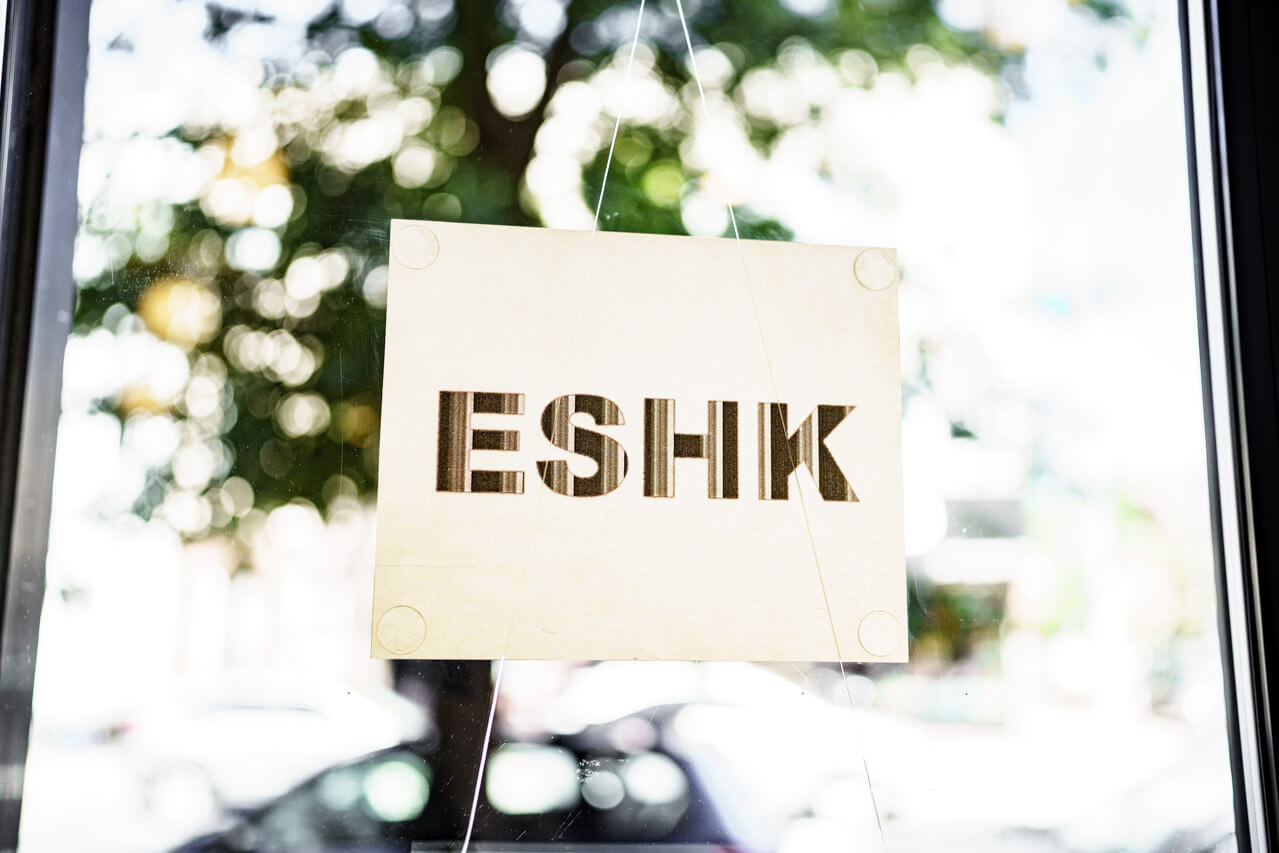 Prices and duration are starting point quotes. Prices are subject to change and may vary slightly upon consultation, depending on hair length and thickness.

By booking an appointment with us you agree to our booking terms and conditions.

Give the gift of wonderful healthy hair with an ESHK Hair Brooklyn gift voucher. Easy to purchase and personalise online. Can be used for salon services or products.

We want the utmost best for our clients and best service goes hand in hand with using what we deem are the best products. At ESHK Hair Brooklyn we use Oway Organic Hair Care and Schwarzkopf Professional colours and dyes. These brands help us bring a range of solutions, from gentle to our planet to stunning colour results. More info on the Oway products range below; to help you care for your hair and keep it in top shape as if you’d just left our salon. 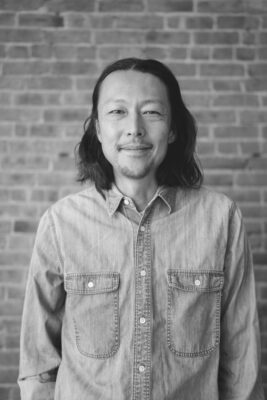 Takeo, director / co-owner and hairstylist at our Brooklyn branch started his career in Japan. He has worked for many high-profile salons in Tokyo, London, and NY. 2007 saw him move to London to pursue session styling for photo shoots and runway shows. Two years later he said farewell to the British capital to make the move across the ocean to New York, where in 2015 founded ROOM SALON NY.

On his portfolio you’ll find hairstyling for many celebrities, ELLE, VOGUE, W and other global magazines, UNIQLO, SONY, TOYOTA and international brands.

Takeo is interested in hair as a medium of energy and started a technique of combining haircuts with REIKI and adjusting the energy as he goes. You will feel great mentally and physically after the haircut. 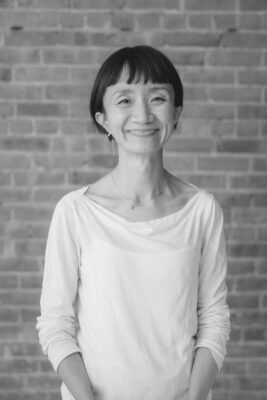 Kaori is our director / co-owner and hairstylist at the Brooklyn branch. She loves to spend the most of her career expressing her art and love of hair through the use of clean products and holistic approaches.

With ten years of experience, Kaori moved from Japan to New York in 2007 to further enrich her craft. Valued for her long lasting and easy to style haircuts, Kaori’s technique is versatile and lends to soft, casual, and edgy styling.

Her Japanese background has given her the tools to elevate any clients look. She specializes in dry cut, keratin treatment, Reiki healing and aromatherapy.

In a Big city with many talents our hairstylist Mariah is a stand out! As a celebrity hair colorist from Brooklyn, New York, she’s has came a long way. Doing hair since she was 17 years old this woman is a force to be reckoned with. From subtle looks to bold statements, Mariah does it all. With over 10 years of experience, she’s worked along side the greatest. Trained by one of New York’s best Rita Hazan, right out of beauty school she’s has mastered the art of placement with highlighting and balayage. Mariah is a certified cosmetologist. She is a mother of 2 and her favorite thing to do is spend her free time giving them all her love and attention. Hair color has always been her passion and making the client feel beautiful is the fuel to her fire. 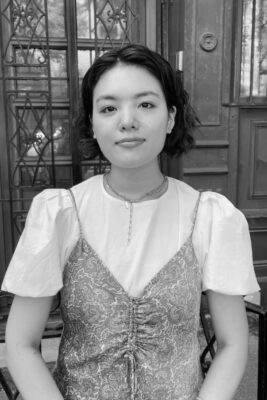 Our Brooklyn based hairstylist Reina grew up in Tokyo and started her hair career well over a decade ago. In Japan she learned to master her craft in haircutting, hair colouring and head spa massages. Ready to take on new challenges and be inspired by different trends she moved to New York. She always aims to make sure the customer has a relaxing time; knowing they’re in her capable hands. Reina loves adding texture and movement to her haircuts and working towards styles ranging from effortless to edgy.

New York, New York! 2022 is the year that sees us venture across the pond and open our first US based hair salon in Brooklyn, New York.

In keeping with our love for handcrafted interiors and repurposing materials, our location in the Greenpoint area of Brooklyn gets that signature ESHK stamp. Modern from the outside but full of character once you step inside. Alongside haircuts and colors this salon however brings our clients a next level of relaxation with Reiki healing treatments (read more below). This Japanese stress reduction and relaxation technique promotes well-being and ones general feeling of happiness.

The laid back vibe is what we love about Greenpoint, with a wonderful community of people and local businesses focused on a healthy lifestyle. The ever so fabulous O-Way Organic range of hair products we use at all our ESHK locations fits right in, offering a sustainable range that’s kind to the body and planet.

In collaboration with our neighboring sister salon ROOM SALON NY, a modern Japanese hair salon concept with Reiki healing, at ESHK Hair Brooklyn we make sure our clients leave us looking great and feeling peacefully relaxed. Our branch manager and co-owner Kaori will welcome you with open arms and make sure you have a splendid time with us.

Reiki is a Japanese technique for stress reduction and relaxation that also promotes healing. It is administered by “laying on hands” and is based on the idea that an unseen “life force energy” flows through us and is what causes us to be alive. If one’s “life force energy” is low, then we are more likely to get sick or feel stress, and if it is high, we are more capable of being happy and healthy. Reiki is a simple, natural and safe method of healing and self-improvement that everyone can use. It has been effective in helping virtually every known illness and malady and always creates a beneficial effect. It also works in conjunction with all other medical or therapeutic techniques to relieve side effects and promote recovery.

We’re on the corner of Norman Ave & Newel St; click here to find us via Google Maps

Subway: our Brooklyn hair salon is a short walk from Nassau Av station (G Train). Plan your journey via the MTA’s website.

We kindly ask you to give us 24 hrs notice to cancel or reschedule an appointment.

Should you need to reschedule an online booking, you can do this easily through the booking platform. If you need to cancel or you’ve booked over the phone please call us.

We keep our schedule clear to see you. Not showing means we miss out and with such short notice can’t replace your slot with someone else. That is why we kindly ask you to give us sufficient notice as a courtesy to both our stylists and other clients. We can then help you to reschedule your appointment and find a more suitable time and date.

Please note our prices and duration are starting point quotes. Prices are subject to change and may vary slightly upon consultation, depending on hair length and thickness.

For colour appointments in London & Berlin:

Please make sure you come in at least 48 hours before your appointment for a skin/patch test. If you are a regular customer of ours, please note a test is required at least every six months.

Sensitivity can change over time, due to some change in circumstances or a change in product formulation. With concerns around post-Covid skin sensitivity (even if you haven’t tested positive), we kindly ask all colour clients to have the skin test done. We just want to make sure you’ll be fine at the time of your appointment. You will be asked to sign a form with regards to this procedure when you come to have the test done. Without it we will unfortunately not be able to see you.

For all bleach customers please note we strongly advise you to not wash your hair 48 hours prior to your appointment. It is common to feel slight discomfort / irritation to the scalp up to 48 hours post appointment.

Colour and haircut appointments can be booked online, should you however require any assistance please call or email (brooklyn@eshk-hair.com) us!

Gender neutral pricing: we have removed references to gender in our pricing. If you need assistance with making your booking, please contact us.
Ok, book! Ok, call!